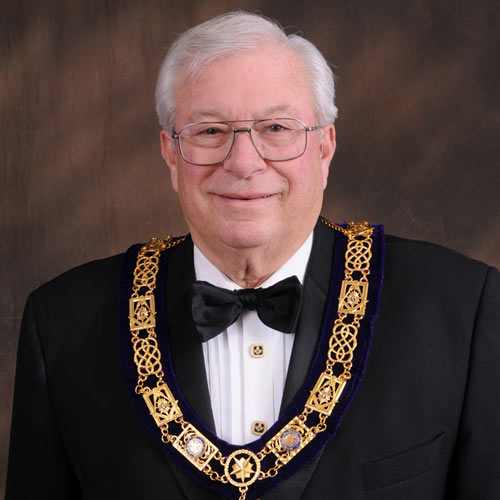 “What doesn’t kill you, makes you stronger.”—Friedrich Nietzsche, 1888.

In 1888, Friedrich Nietzsche a German philosopher, wrote as is literally translated from German, “Out of life’s school of war—what doesn’t kill me, makes me stronger.”

In his book Ecce Homo, Nietzsche refers to select individuals as “nature’s lucky strokes . . . among men,” and says of such a person, “knows how to turn serious situations to his own advantage; that which does not kill him makes him stronger.”

Believe me when I say that we should not need to welcome suffering in order to build strength. There are more pleasant ways to do that, but the development of strength does require some sort of challenges; working out to gain muscular strength or loss weight; “no pain no gain” or diligent study to gain mental strength. Our own ritual tells us when in the Fellowcraft charge, “As you increase in knowledge, you will improve in social intercourse.” To increase in knowledge requires study and much effort which is not always comfortable. Just try learning one of the many Masonic lectures.

Michael Brady from the University of Glasgow elaborates, “  . . . Nietzsche does not seem to think that all suffering will result in strength, but rather that he is suggesting one should take suffering as an opportunity to build strength, and that those who are already strong are those who can do so.

Why am I writing about guys like Nietzsche? It leads me into thinking about our current situation with the pandemic going on and forcing us to realize how to deal with it and with the isolation because of it.

Recently I became aware of something called the Stockdale Paradox. The paradox was named after James Stockdale, retired Vice Admiral of the Navy and former Vice-Presidential candidate in 1992 running on the Independent ticket with Ross Perot. He spent seven years as a prisoner of war during the Vietnam War. It was during that time as a prisoner he felt that balancing the current realism with optimism was the road to survival. Hence the paradox, which came to be known as the Stockdale Paradox.

In Stockdale’s explanation, “You must never confuse faith that you will prevail in the end — which you can never afford to lose — with the discipline to confront the most brutal facts of your current reality, whatever they might be.”

Author Jim Collin’s wrote and published a self-help and leadership book titled Good to Great. In an interview with Stockdale he asked, “Who didn’t make it out (prisoner of war camp in Vietnam)?”

Stockdale responded, “Oh, that’s easy. The optimists. The optimists. Oh, they were the ones who said, ‘We’re going to be out by Christmas.’ And Christmas would come, and Christmas would go. Then they’d say, ‘We’re going to be out by Easter.’ And Easter would come, and Easter would go. And then Thanksgiving, and then it would be Christmas again. And they died of a broken heart.”— Stockdale Paradox: Why confronting reality is vital to success, bigthink.com

Keeping that thought in mind, it is important to accept the current situation in the same light. Not only as a Mason and in the Masonic work but also in our personal lives. In the movie the Patriot, Colonel “Light Horse Harry Lee” told Benjamin Marten to “Stay the Course.” Perseverance is a good word to use for this. In the ritual we are taught that through Patience and Perseverance” we will accomplish all things. It is important to understand our current situation and have the optimism to hope for the best but confront and acknowledge what is happening now. This is vital and will lead us to success.

Understanding our current dilemma of not meeting as we normally would, not having degrees, not having events without some hand tying restrictions, not having the ability to feel safe without staying six feet away from our Brothers, not feeling safe without keeping hand sanitizer nearby and not feeling safe unless a protective mask is worn happens to be our current reality. Acknowledging that and knowing that sometime this will be all over is what mentally helps us develop the stamina that pulls us through.

We have many Brothers and lodges that are doing this. They’re not hoping they’re doing. They are looking to the future of when this might be over, but they are focusing on the present. When I read the newsletters from some of the lodges, I can feel the energy to make the best of the current situation, I see them planning and working so that their lodge and Masonry will prevail for future success.

Yes, there are candidates waiting to get their first degree and they will get it soon, but our job is to make them part of the family. It is also our job to keep the Wellness committees active so there are not any Brothers feeling isolated. My own lodge has a Craftsmen Club that meets on off Thursdays to practice ritual to be ritually strong when it is time. And it will soon be time. We need to get those new EAs in which make it important to find a way to perform degree work without someone getting sick.

So, persevere currently work and do what you can within the limitations of today, but keep the faith that someday this will all be over. When it is, may we never again take for granted a handshake or hug from a Brother. Planning a meeting or event with the thought that it might need to be cancelled. Having a simple conversation without standing six feet away and wearing a mask. The enjoyment of a crowded restaurant without fear. The fellowship and toasts at a table dinner. Coffee with our Brothers after a lodge meeting and later stealing away in a bar for a beer before heading home. Let us look for a time and have faith that sometime life itself will be filled with the excitement of a new normal but for today, feel good about confronting our current situation and make the best of it.

Every game will sell out, every restaurant will have a two hour wait, every kid will be glad to be in school, everyone will love their job, the stock market will skyrocket, every other house will get TP’d (TP’d means toilet papered.), and we’ll embrace and shake hands. That’s going to be a pretty good day. Hang in there.

May our prayer be to find out that we have actually become more like the people we wanted to be and hoped to be, and may we stay that way — better men and Masons because persisting through the worst.