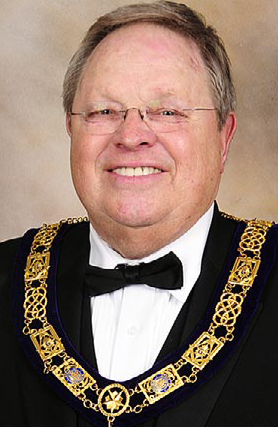 When I looked up Character and Reputation, here is what I found.  Character is the distinctive qualities of an individual whereas reputation is the general opinion of others of a person. Character is built through the individual’s effort whereas reputation is built by others. Character is true to oneself, but reputation may not be so. Good character has traits like integrity, honesty, courage, loyalty, fortitude, and other important virtues that promote good behavior. These character traits define who one is as a person and highly influences the choices he or she makes in his or her own life.

In the last 30 days, I have been asked to approve petitions for membership that require the Grand Master’s approval.  Many of these petitions show a lack of character and very poor judgment by the petitioners. Many of them had felonies along with other crimes.

The hard part of being Grand Master, at least for me, is the need to look at petitions that require me to judge another person’s character. I have always been told by my church, it’s not my place to judge, even though it’s hard not to at times. It’s my duty to make an initial judgment about that petitioner as to both his character and his reputation. The Grand Master looks at how this man has led his life and we look at the person’s character and reputation.

Our membership team is working really hard to fill the funnel with names of men who have shown an interest in joining our fraternity.  Remember, near the bottom of every funnel there is a screen that siphons out the bad. In this case, you and your lodge will be that screen that protects our fraternity and makes sure to only bring in the good men. Yes, we want to grow, however, we need to protect our fraternity, our brand and our reputation.

Before signing a petition, ask yourself, “Am I willing to recommend this man for membership? Will he help or hurt our fraternity?” Maybe, before signing his petition, you should ask him for two referrals and then call those referrals. When calling his referrals, ask questions to find out if he is a good man and has a willingness to help others. Check into his background and look at his social media posts.  I ask you to do your due diligence when checking out your candidate. Make sure to find out about his character so that we can protect our brand and our Masonic reputation.

I was told that before signing a petition for someone, I should be so trusting of him that I would be comfortable leaving my family, my money or other possessions with him.

So, remember, when signing a petition, it’s your reputation that is being tested as well. Let’s take the time to make sure we have a good man and that he has Masonry in his heart.

Thanks for being my Brother and for all you do for our great fraternity!

As always, love ya brother!